⚠️ Unfortunately, due to delivery problems at the supplier, we cannot guarantee a delivery time. ⚠️ 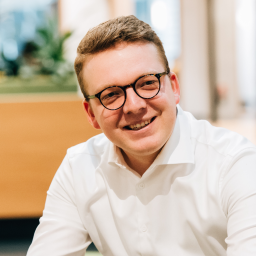 What is your favorite Porsche livery?

Porsche has a tremendously rich history in motorsport. From the Dakar to Le Mans, the brand has racing in its DNA! In this article I’ll give you our top # 11 coolest Porsche liveries of all time. Feel free to share your favorite Porsche livery with us by commenting below this article. Of course we can not take all liveries up in this list, haha. We tried to take the best ones! Let us know what we’ve missed.

The Pink Pig livery has its history since 1971 when Porsche participated in the 24 Hours of Le Mans in the Porsche 917/20. Due to the special livery, which is based on the butcher’s parts of a pig, the car received nicknames like ‘Big Berta’, ‘Truffle Hunter’ and of course the most common nickname; ‘Pink Pig’.

In 2018 Porsche decided to honor the famous livery by using the ‘Pink Pig’ livery on one of the two cars who were going to participate in the 2018 24 Hours of Le Mans. The second car received the famous Rothmans livery. The ‘Pink Pig’ finished first in its class closely followed by the Rothmans Porsche. This brings us directly to the next Porsche livery in this list!

The Porsche 911 RSR with iconic blue-and-white finish with red and gold stripes. This livery reappeared in 2018 at the 24 Hours of Le Mans as celebration of the 70th anniversary of Porsche. The 911 RSR #91 was cloaked in the Rothmans livery that the 956 C and 962 C sports prototypes wore when they scored back-to-back victories at the 24 Hours of Le Mans from 1982-83 and 1986-87 respectively.

Another well-known car that drove this livery was the Porsche 959. This 911-based rally car traveled the 14,000 kilometers of the Paris Dakar rally. A total of 6 copies were built. Two or three 959 rally cars are privately owned.

Check out this cool Rothmans product we designed.

The first Porsche with Gulf livery was (it cannot be otherwise) the Porsche 917. The famous Gulf livery consists of the colors blue and orange. The names of these colors are powder blue and marigold. Pedro Rodriguez and Jo Siffert established new records everywhere they raced the Gulf Porsche 917, their exploits at Brands Hatch, Le Mans, Spa Francorchamps, the Nurburgring and Daytona are now legendary. Steve McQueen’s movie ‘Le Mans’ gave the Gulf Porsche 917 even more iconic status.

We still see this iconic status today. In online racing games, many people use the Gulf livery. In Gran Turismo Sport alone you have hundreds of pages of Gulf liveries. You will also see the Gulf livery regularly on the Porsche street cars. Often these are later wrapped in the colors of Gulf.

Apple? Yes indeed! Nowadays you will not easily find an Apple logo on a car (except for the stickers that you get with an Iphone, haha). In 1980, things were different when Steve Jobs and Steve Wozniak visited Bob Garretson’s racing shop to work on Wozniak’s Porsche 356. Not much later, the Apple Computers Logo was on the side of the Porsche 935 K3, even though they hadn’t even released a computer yet! It was a short 1-season adventure that makes this Porsche livery all the more special!

Nowadays you will not easily see an alcoholic drink on a race car, but in 1976 this was still possible. Porsche then developed the Porsche 934 and the Porsche 935, a group 4 race car. The 934 and 935 ran in the Deutsche Rennsport Meisterschaft in the striking orange Jägermeister livery.

Not only these Porsches were provided with this livery. This livery was shown in several classes such as DTM, DRM, Group C, Formula 3, Formula 2 and even Formula 1. This hugely wide collection of cars now comes together again under the care of former Jägermeister team chief, driver and motorsport journalist Eckhard Schimpf. On behalf of the Mast family, the owners of the Jägermeister group, Schmipf is working with his son Oliver to bring together as many racing cars with Jägermeister livery as possible. And not only that. They also want to show them as much as possible at events and reunite with the drivers who drove the cars at the time.

Porsche has had a long-term partnership with Martini, so that the brands are still strongly linked to date. After sponsoring a few private teams for several years, the brand came into contact with Porsche Motorsports in 1970. They were given the opportunity to sponsor the Porsche 917 and that immediately proved to be a success. That car won the Le Mans 24 Hours in 1971! This is also one of the best-known Porsche Martini liveries out there.

By the way, have you already read the more indept blog about the Porsche 917?

We have mentioned him before in this blog; the Porsche 917. This livery is also linked to the enormous success of the 917. The red “Austrian Red” 917 brought Porsche the first overall victory in Le Mans. The Livery is inspired by the colors of the Austrian flag and was sponsored by the Salzburg dealership owned by the sister of mr. Porsche himself, Louise Piëch. Her son was the head of the Porsche 917 project at the time.

The livery is still used today. This way you could order this livery when you ordered the Porsche 918 Spyder with weissach package. You can also order this red white livery with the new Porsche 935.

It would not surprise you if the next livery also has the 917 as a base. A nice detail is that this car was sponsored by Martini. Many people didn’t knew that. The spectacular livery of this car was elaborate whirls and swoops of light green on a dark blue background. The car with the 4.5L engine gained the nickname of the Hippie Car or the Psychedelic Porsche from the team and media. When the livery was placed on the car, about 1500 (!) aerosols were used.

Falken has a rich history in motorsport as a sponsor. They have been sponsoring cars, often Asian brands, since 1999. Since 2011 they have switched to Porsche with which they sponsor the 911 GT3R to this day. She often used their standard livery in the colors of the brand itself, but in recent years they have also used other liveries such as two variants with conciding circles in their corporate identity colors and also in the color combination of green and yellow.

This Le Mans racer is a special car. It is never in a list of favorite cars and often only real connoisseurs will know this car. That is special because the 911 GT1 has won no less than 47 times in 135 races. What also makes the car special is that a street version also had to be made. This is to comply with the Le Mans regulations. As a result, a total of 45  GT1 race cars have been made street legal.

The livery has a white base and is covered by blue circle-like lines. These, in turn, are occasionally filled by the colors red and orange. That the livery certainly has value in the racing world is evident from the fact that in 2019 the official Porsche team used the livery on their own Porsche 911 RSR.

You will not see this livery very often nowadays because the Burmos racing team ceased to exist in 2013. The livery is not that special in itself. The cars are always white and have a red-blue striped hood. What makes the livery so special is that the racing team has been driving this livery since 1971. They have also always used Porsches.

Singer is the brand the car fan has been waiting for. Converting old 911s to contemporary requirements, under the highest requirements, without compromising the look and feel of the oldschool Porsches.

This current exemplar is equipped with a unique design. The paint pattern on the car is a map of the area around the famous Mullholland drive near Hollywood. The blue base with white lines shows how pleated the landscape is. The orange double stripe represents the Mullholland drive. It may be a Singer but because it is a 911 we can still class it under a Porsche livery.

We have also developed a great phone case based on this Porsche Singer.

Show your passion with pride!

Hit enter to search or ESC to close